Does it Root? The root is a system that enables the user account can be set up, remove and add something to the operating system Android.
Android Root function is to give full rights to users of Android to be able to go into the Android system.

By doing Root, the user can add, reduce or modify the files or Data and applications located on the Android system when in a State of default or (not root) file-the file is not accessible. When analogous Windows computer operating system, Android root, function is to give administrator privileges to users. 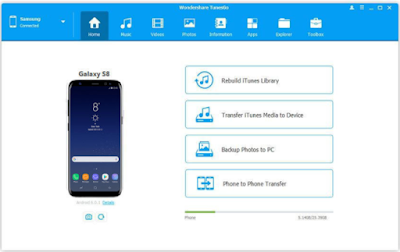 Excess Root on the Android Smartphone

1. you can access deleted the application that installed in internal memory
applications in the Android smartphone that you feel are not useful can You remove from the system, so it can save the use of main memory in the android smartphone.
Warning! don’t delete important applications such as Phone. apk application is because the standard and essential applications from Android, if you delete the impending bootloop on your android.

2. you can freely in data storage settings in memory.
The settings in the Save application in Android you will feel more flexible. You can Move data and applications that had been stored in the internal memory of your android to exsternal memory, and vice versa, so you can set a limited memory usage in accordance with your wishes.

Deficiency of the Root on the Android Smartphone:

2. Can cause damage to the Android system
The process of Root on the Android android can cause you experience interference, including: mobile phones often die and reboot reset itself, often the ‘ hang ‘ when running certain applications, hardware performance even deteriorated, and the most severe is the occurrence of the bootloop Android system, i.e. you don’t want to boot! If your phone doesn’t want to boot or is not normal, the best way to handle it is to do flashing on your Android.